Our Customer Service Supervisor, Rozanne, discovered she had dyslexia when she was in primary school. Here, she shares her story.

As a young pupil it was clear I wasn’t as clever as most of the other children in my year, in fact I was way behind with my reading and spelling ages. I couldn’t sound out words and my spelling was all over the place! Walking to school one day, my brother was helping me practice some spellings, I remember him trying to help me spell elephant, I just couldn’t do it, even though he sounded it out, and had me sound it out. I could see he was getting frustrated too. It was so hard for him to be patient with me, and upsetting for me, why could I not spell something so easy!

In school, myself, and a couple of boys in my class started being taken out of lessons, to sit in the library with a support teacher. After the first session, I remember being upset again, and thinking I was stupid, I cried that night. The boys would mess about, whilst I tried really hard! Eventually, I had one-to-one sessions with my support teacher Mrs X. After a while, Mrs X spoke to my mum and told her she was worried about me, as I was getting headaches a lot, and she thought it was because I was putting so much pressure on myself. She was correct, unknown to my parents, I would stay up late practicing my reading and spelling. Someone, I’m not sure who, possibly Mrs X, suggested I may have dyslexia, I was tested, the results suggested I had mild dyslexia. Not many people seemed to know what that meant, but to me, I felt relieved, as it meant I was stupid for a reason, not just a lazy learner.

By the time it came to applying for secondary school, as my reading age was just 8, at the age of 10, my parents had been advised by the school that I would not be able to go to a mainstream school, and I would need to go to a special school. My parents went backwards and forwards in to school for meetings, with teachers and governors. My dad, my superhero, had said, if I couldn’t go to a main stream school, I would be home schooled, as he knew I always tried my best, to be the best at anything I did. He was worried, I would try to the best, in a lower-level school and not reach my full potential. He was told he was being cruel to me, and that I wouldn’t be going to a mainstream school!

My brother was in the first year at secondary school at this point, and my mum and I went up to watch him do a cross country race. The P.E teacher had asked if anyone knew any girls that would run, as they had very few girls doing cross country for year 7. My brother said, yes my sister, she loves anything sports related. So I ran for his school, and beat all the other girls! The school were so impressed, in their assembly they had presented a certificate to my brother to pass to me!

My mum and dad both spoke to the head teacher at the same school, along with Mrs X, and because they were so impressed by me, they gave me a place in their mainstream school, provided Mrs X would be happy to come and support me. We were all over the moon. In 1993 I started secondary school at my brother's school, where my all my brothers and sister had gone, the same school that my father also went to. Everyone in year 8 knew who I was, and looked out for me. There were still times I was called thick or stupid, laughed at for my reading and spelling, but I was getting there, that’s all that mattered.

By year 9, I had caught up, and no longer needed my support teacher. I’ll never forget her, and if I knew where she was, I’d send her the biggest bunch of flowers every month. I am so very grateful to this amazing lady.

As I wasn’t very academic, I knew A levels weren’t really for me. So I applied for and was accepted in to two colleges for Art & Design, and was accepted on two apprenticeships in sports centres to do a Leisure & Recreation NVQ. It was a tough decision for me, but I decided to complete the NVQ in the local university sports centre. It was great, good money and I could swim, play squash, basketball or badminton before or after my shifts.

After completing my NVQ, I decided, as I was quite good with computers, maybe I could work in an office as an administrator or something similar. So I enrolled on another NVQ for Administration. I found a placement, and started working for a local growing company as a fax girl. The phones were always busy, so I started answering calls, and helping customers. One of the Directors overheard me one day, and said what are you doing, I’d said just trying to help. He said no, I meant, what are you doing working down here, you should be upstairs in customer service / technical support. He offered me a job upstairs, and that was where my career really got started. After a year, I was made supervisor, and after another year I was made Manager, manager of 58 people at the age of 22 with no degree!

After that I worked in estate agency for a little while, as I wanted to give sales a try. I was good at it, but sales wasn’t what made me happy. Customer Service did. I then moved to London, got a job as a customer service advisor, then moved to technical support. Again, quite quickly I was made supervisor, and then manager. This time I had over 100 people to manage.

I’d saved up enough money to finally make one of my dreams come true. I went travelling, solo, around South America. It was just incredible. I tried desperately to learn Spanish, but it just didn’t happen. I’m still trying, 6 years later. Whilst travelling I started to miss the routine of getting up, going to work, dealing with staff and customers. When I arrived back in my home town, I was so worried, with no job lined up, and my money running out quickly, so I got a temporary job, where I was typing up surveys from dictation, and they liked me and my work ethic so much, that they offered me a full-time job. They were fantastic to work for, but I couldn’t really see any real promotion opportunities, so I applied for another job as a technical support advisor for a software company. I didn’t really fit in, in that company, and so I moved on. At this point in my career, I really wanted something where I felt I was making a difference, so I started to look for jobs to do with supporting children with learning difficulties. This is where I came across Ascentis, which has a company called International Dyslexia Learning Solutions (IDLS) within its group. I kept looking out for job opportunities with them, and eventually a role I thought I would be perfect for me came up. I applied and was successful in my application for the role of Customer Service Administrator. It wasn’t working in IDLS, but it could lead to opportunities with them I thought!

Now 3 years later, I am the IDLS Customer Service Supervisor. Helping thousands of schools in the UK and internationally support pupils who are struggling just like I did. Every day I speak to amazing SENCOs and support teachers who care so much about their pupils, you can hear it in their voices. I feel so lucky to have such a great job, for a fantastic company.

In my working life, dyslexia has caused me a few problems. Particularly with my confidence, self-esteem and with it taking me a little longer than others to write things up.

I’ve always been upfront and honest about my learning difficulties. In the majority of my roles, I have, thankfully, been supported and recognised for being an outstanding team member. There was just one company, I felt it wasn’t really understood, which really knocked my confidence. I felt so low.

I still struggle now, I have to re-read my emails, documents and procedures I have written up. I know my vocabulary is very basic, but I do know I am great at dealing with customers, finding solutions, and leading a team. My biggest weakness is feeling like an imposter, like I am not good enough, and worrying people will laugh at me.

Dyslexia enables me to see things differently, think differently and therefore bring something else to table. 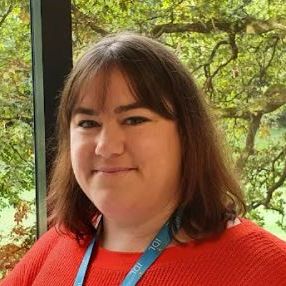